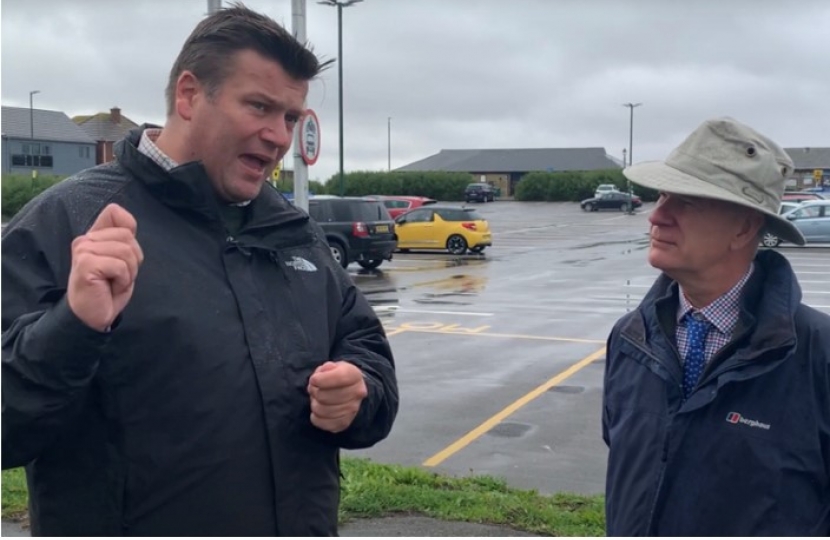 Yesterday, in the House of Commons, The Police, Crime, Sentencing and Courts Bill was voted on by MPs and the inclusion of crucial legislation to tackle illegal encampments has been welcomed by Wells MP, James Heappey.

This comes following several incidents - in particular - in Glastonbury and Burnham-On-Sea.

After years of consultation, in which Wells MP James Heappey has ensured the voices of Somerset towns and residents have been brought to the fore, with Burnham-on-Sea even applied as a case study in the consultation document, the Bill has now passed it third reading in Parliament.

The key piece of this legislation is the duly supported new law of illegal trespass which will make illegal encampments a criminal matter rather than a civil one.

Mr Heappey said: “A small group of us started talking about the illegal trespass law three or four years ago, motivated by the constant challenges of illegal encampments in our constituencies.

“I promised to deliver legislative change and I am delighted that the Commons has now voted to support this important law. I would like to thank all of the resident groups and local councils for their support on this journey.”

The Police and Crime Bill will now be voted on by the House of Lords in the coming weeks.

The Olympics began this week and have been such a joy for so many after a tumultuous 18 months and of course the year-long delay to the Games in Tokyo.