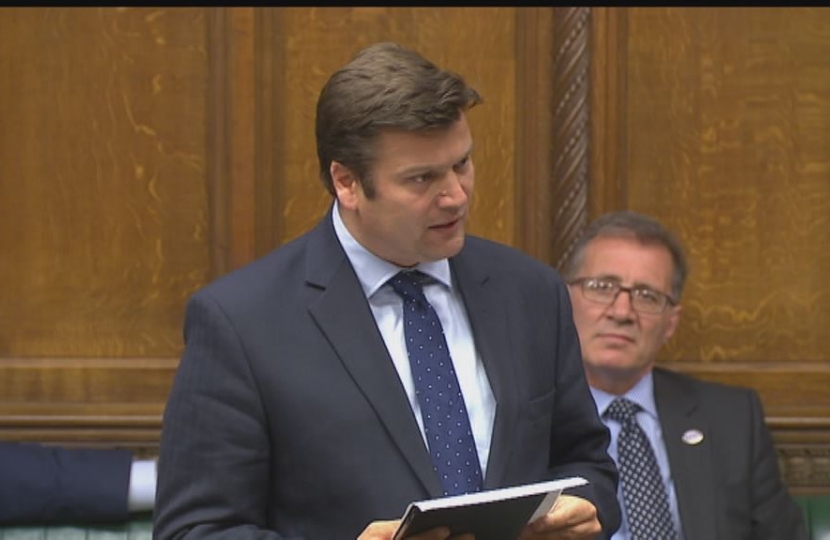 Wells MP James Heappey was one of 111 Conservative MPs from across England to write to the Prime Minister last week calling for fairer funding for schools in rural areas. This week the subject will be debated in Parliament with Mr Heappey hoping to be given an opportunity to speak.

“It is iniquitous that children in Somerset get so much less funding for their education that those in nearby cities. I pledged to campaign for fairer funding before the election and I now know I was not alone in doing that with 110 of my parliamentary colleagues also committed to the campaign” said Mr Heappey. “I’ve spoken with both the Prime Minister and the Chancellor and they both accept that the gap must close between funding for urban and rural schools. This week’s debate will be a further opportunity to make the case.”

Last month, Mr Heappey wrote to every school in the Wells constituency to brief head teachers on the campaign and to invite schools to participate in the nationwide petition for presentation to Parliament. In his letter to local schools, Mr Heappey said:
“I am very much aware of the gap in funding between urban and rural schools. It must stop. There are a large number of MPs who support the campaign for fairer funding and I know the County Council is banging the drum too. It will take a while for the gap to close but Government recognises the unfairness in it and they are making policy to address it. I will continue to harangue them at every opportunity until the gap is gone altogether”

17 local schools have so far returned the petition with many more still gathering signatures. The petition will be presented to Parliament later this month.

Somerset had been left behind on school funding for far too long and since 2015, James has won a record amount of funding for schools in the area - but this is just the beginning.