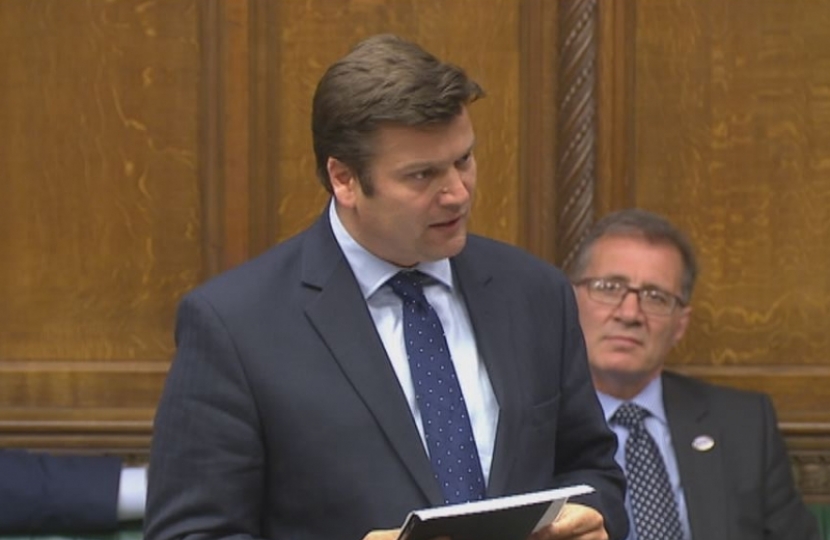 MP for the Wells Constituency James Heappey spoke in Parliament last week about the road network in the South West. In a debate secured by Devon MP, Neil Parish, Mr Heappey joined colleagues from across the region in calling for the Government to deliver the promised upgrades to the South West’s road network.

Whilst supporting the much needed dualling of the A303 and A358, Mr Heappey also called for improvements to the M5 in order to reduce the number of times the road is closed due to accidents, particularly on busy days during the holiday season.

“The M5 is closed too often” said Mr Heappey. “Traffic gets south of Bristol and is too often met with a traffic jam that closes the road, which has an impact on the visitor economy not just in Somerset but in Devon and Cornwall. On a Friday evening many restaurants and campsites are left without their Friday evening’s revenue because people are still stuck in and around Avonmouth on the M5.”

Mr Heappey went on to talk about his plans for improvements to the A39 and A361 so that traffic can flow more smoothly from the M5 to Mendip. He told fellow MPs that the east-west routes in Somerset were particularly poor with no main routes between the M4 and M5 to the north and the A303 and A358 to the south. He warned that Mendip risked “becoming a rock in the stream as everything moves around it very quickly on the A303 or the M4/M5”.

Since the debate, Mr Heappey has spoken further with Roads Minister Andrew Jones and representatives of the Heart of the South West Local Enterprise Partnership to discuss funding for a feasibility study. A further briefing has been arranged with the Minister in April.