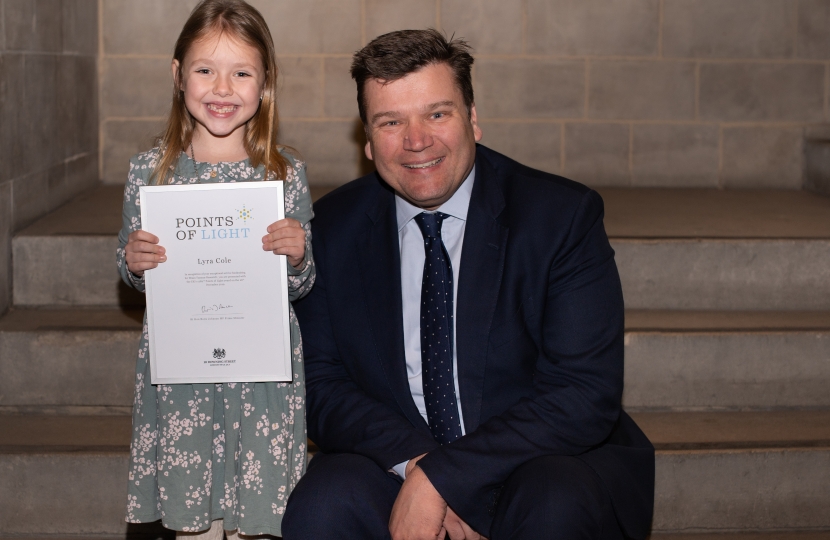 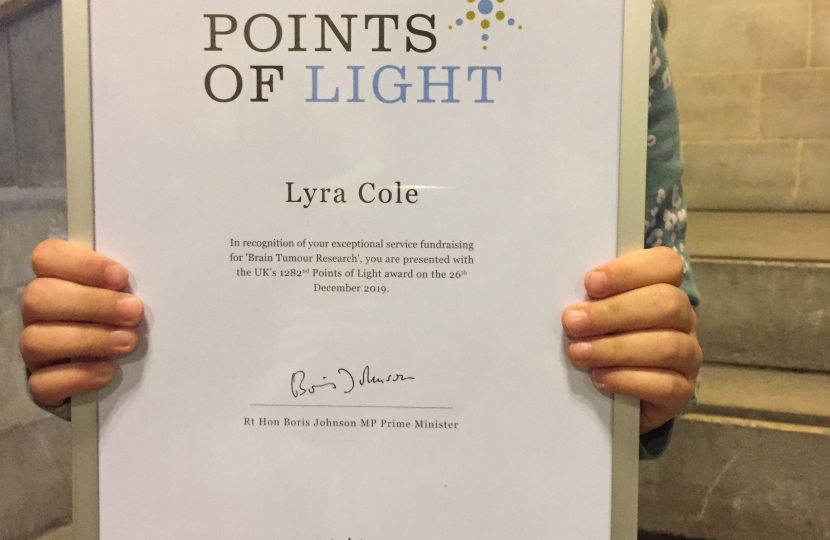 Boris Johnson chose Lyra to receive the prestigious award after she released a Christmas single to raise money for Brain Tumour Research.

The six-year-old Highbridge resident was diagnosed with a brain tumour when she was a baby and emergency surgery followed at just five months old. Lyra then wanted to help raise funds for those going through the same and she is one of the youngest people to ever receive this award.

In December, Lyra's cover of When A Child Is Born topped the Amazon download chart and reached the top 20 in the UK official download chart.

Mr Heappey said: “It is fantastic that the Prime Minister has recognised Lyra Cole with the Points of Light award.

"She is an incredible young woman who has shown so much bravery to beat her own illness and now is raising much needed funds for ‘Brain Tumour Research’. She is an inspiration to all in our community.”

During her visit to Parliament she was given a tour and met Mr Heappey who presented her with her award.

Prime Minister Boris Johnson sent Lyra a personal letter and added: "I know you do this with no thought of praise or reward, but allow me to offer my own recognition on how your Christmas single is doing so much for ‘Brain Tumour Research’ and helping other children, like you, who they support. Well done for all that you have achieved!"

The Points of Light awards recognise outstanding individual volunteers, people who are making a change in their community and inspiring others.