Who to vote for: Spending Addicts or Alchemists? 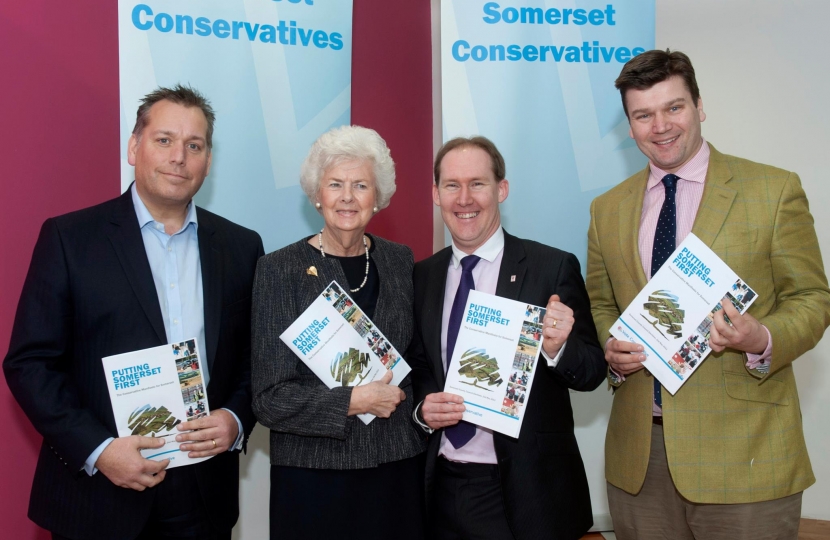 I’ve taken to calling our Conservative County Councillors ‘alchemists’ because I’m not quite sure how they’ve pulled off one of the most brilliant pieces of financial management you’ll see anywhere in the UK public sector.

Left with an incredible £350 million debt after years of Lib Dem mismanagement and facing serious cuts in the budget from Central Government; your Conservative councillors have managed to freeze your council tax for four years - making it the second lowest paid by anyone in the UK; they’ve stopped borrowing money; and they’ve reduced the county’s debt. Incredibly, they’ve done this whilst still managing to build new schools, repair and re-surface our roads and they’ve introduced hundreds of great initiatives that are making life better in communities across Somerset. Amazing isn’t it?

But the damage isn’t sorted yet. That Lib Dem debt is still costing the people of Somerset £100,000 every single day. That’s the annual cost of three care workers – squandered daily. The cost of a new school – blown in six weeks. And it means that for every £1 of Council Tax that you pay – 20p is going straight to the bankers. In Somerset, we should call Lib Dems the ‘Large Debts’ and we should make sure they’re never again allowed anywhere near the County’s credit card.

Still not sure? Ask the people of Lib Dem/Large Debt controlled South Somerset. They’re made to pay the highest Council Tax in the country because, like their predecessors in County Hall, the Lib Dems/Large Debts simply can’t be trusted to make ends meet.

At a time when another Lib Dem/Large Debt politician is in the news for all the wrong reasons, I think we should be very proud of the Conservative local champions from across Somerset who have gone to County Hall and put our county back on its feet. Let’s make sure that every single one of them stays there on May 2nd and that they’re joined by many more Conservatives, ready to put Somerset first.

You can read the Conservative vision for Somerset here.