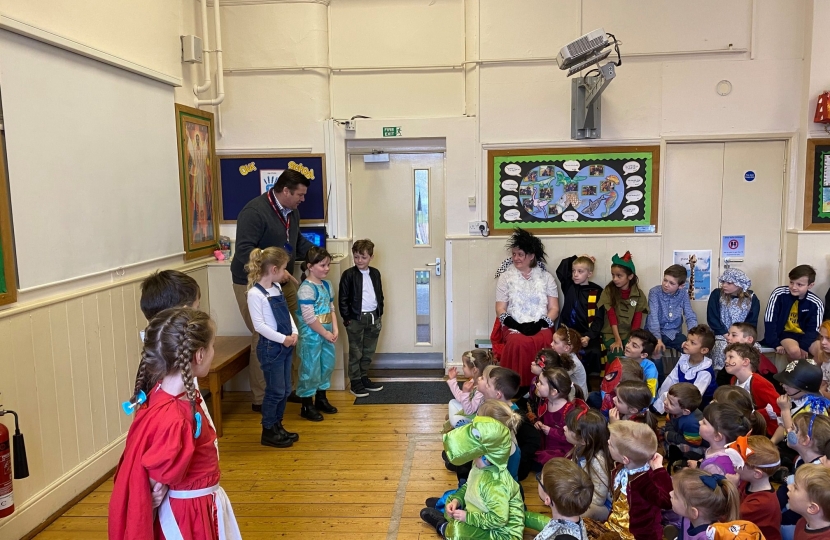 Wells MP James Heappey has welcomed the increase in funding for schools across Somerset, which amounts to almost 4.5 per cent increase in the Wells constituency, compared to 2019/20.

Education Secretary Gavin Williamson this week announced details of the second year of the Government’s three-year funding boost for the sector.

In a targeted approach, those schools most in need will be given the biggest funding boost. Every school in the country is allocated at least 2% more per pupil.

On average, schools will be attracting over 3% more per pupil next year – with Wells receiving an average 4.4 per cent increase, with the biggest increase for an individual school amounting to 12.3 per cent.

In addition, the minimum per pupil funding levels will ensure that every primary school receives at least £4,000 per pupil, and every secondary school at least £5,150 per pupil, delivering on the Government’s pledge to level up the lowest funded schools.

Mr Heappey said: “The challenges our schools have had to face throughout this coronavirus crisis have been unprecedented and they have reacted admirably.

“Somerset has had its issues with fair distribution of funding over the years and I am pleased the Government is acknowledging this by levelling up the increases in this part of the country.

“It is also good to see this money is in addition to the Catch Up Premium to help make up for lost teaching time for all pupils as I know this has been a testing time both for pupils, their parents and teachers.”

It has also been confirmed this week that the catch-up fund will be based on the number of pupils and paid once a term over the 2020/21 academic year.