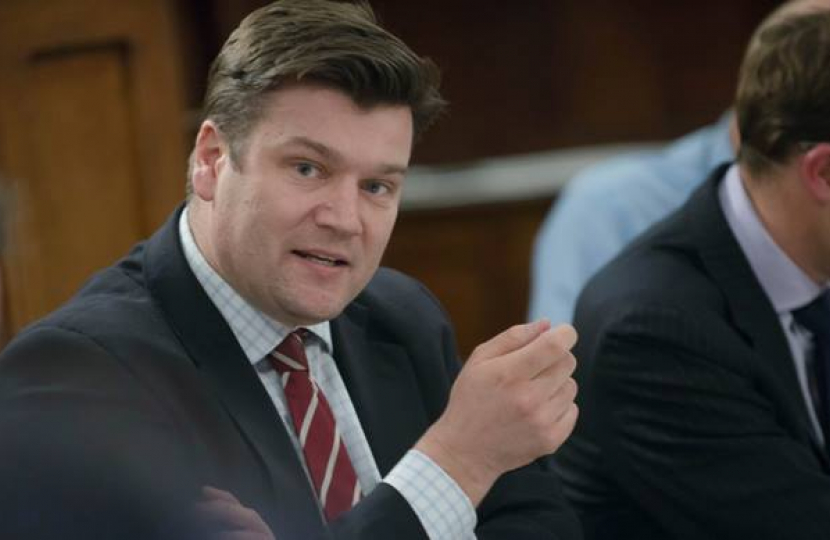 Member of Parliament for Wells, James Heappey, has been unable to support a bid developed jointly by Mendip and Sedgemoor District Councils after his input, and the advice of the Levelling Up Minister, was ignored.

The bid to the Government’s highly competitive Levelling Up Fund should have been an enormous opportunity for Highbridge, Cheddar and Shepton Mallet but instead plans for the two towns have focussed mostly on cosmetic improvements to the town centres, whilst Cheddar’s bid hoped to increase tourist footfall by 40 per cent without any improvement to car parking and the village’s already congested roads.

Mr Heappey said: “Regeneration in Shepton and Highbridge and a step change in the tourism offer at Cheddar were the right focus for the bid and we were all in agreement on that from the outset.

“But as the months have gone by, I’ve been raising with the councils my growing concerns that plans for Highbridge and Shepton would not catalyse growth in the local economy or create more skilled jobs.

“Whilst improving the appearance of the two town centres is hugely important and long overdue, when compared to other towns elsewhere in the country our pitch to the Levelling Up Fund was less substantial and clearly unlikely win favour.”

Mr Heappey also revealed that before a briefing with council officials four weeks ago he raised his concerns with the Levelling Up Minister, Neil O’Brien MP, to seek his advice on the likelihood of the bid succeeding.

Mr O’Brien was clear this was unlikely to find favour compared to the more imaginative bids from other towns. Mr Heappey subsequently shared this advice with the councils but, to his dismay, there were no meaningful changes to the bid offered by the councils.

However, it was on the bid for Cheddar that Mr Heappey was particularly scathing.

He added: “Increasing tourism in the village is a huge opportunity - Cheddar should be a stepping off point for adventure in the Mendips as well as being a beautiful place to visit in its own right.

“But the idea that all new visitors to the village will arrive from Bristol, Bath, Weston or Burnham by bus or bike is clearly ridiculous.

“Local residents are already deeply concerned by the way visitors park on residential streets across the village and the erosion being caused by parking on the verges in the Gorge is damaging our star attraction.

“This bid should have prioritised a parking solution and improvements to the road layout that would have opened the door for huge growth in visitors without causing mayhem on Cheddar’s roads.

“The Strawberry Line will be a brilliant addition to the economy, but the vast majority of visitors will drive to Cheddar. That’s a reality we can’t wish away, and I’m surprised the councils haven’t prioritised it.

“I cannot back a bid which will cause misery for so many of my constituents. Nor can I back something that we’ve already been told by the Minister is unlikely to succeed.”

Mr Heappey has written to the leader of Sedgemoor District Council to offer his support in developing a more strategic bid that genuinely drives economic growth in Highbridge, Shepton and Cheddar but in a way that respects the needs of existing residents

James hosted meetings regarding the Levelling Up fund with the councils on the following dates:

126 Bus petition reaches 1300 signatures in less than a week