Last Sunday was one of the proudest days of my life as I was selected as the Conservative candidate for the Wells parliamentary constituency.  The week that followed has passed in a blur but it has been amazing to be on the receiving end of so much support and enthusiasm.  I am so grateful to those of you who have been in touch already and look forward to working with you on our campaign over the coming months.

As I’ve been travelling around the constituency, asking people for their thoughts there are a number of things that have come up again and again.  People are proud of where they live; are a little bored of politicians and their bickering; and are worried about the rising cost of living and the squeeze that is putting on budgets at home.

This part of Somerset is a really special place; blessed with everything from rugged hilltops, plunging gorges, perfect little villages, sites of great cultural and historic significance, delicious local produce and if all that wasn’t enough, there’s the coast with its long beaches and bustling resort towns.  Can anywhere else in England boast such a concentration of riches?

However, it’s not just the stuff that fills the pages of tourist brochures that makes you proud of where you live.  Unemployment is low and falling, our schools are good and improving further, our public services are well run and whilst I know that there will always be things that could be done a little better, it has been gratifying to see how impressed people have been by the performance of the district and county councils in a difficult economic climate.

Politicians bickering and mud-slinging are also a frustration I share.  Politics should be about an open and frank exchange of views.  Where we agree – we should say so; and when we don’t, we should have that debate in a way that includes local people not leaves them wondering why on earth we seem so obsessed with just arguing the toss.

Some people travel the country trying to get elected in a number of seats before striking it lucky.  Politics becomes a career for them and they lose sight of what it really should be about.  For me, it’s about making a difference in our community and in our broader national debate.  It’s about caring deeply for those you have the honour to serve locally but also bringing the benefit of your previous career to the decision making process in Parliament.  I judge an MP not by the number of newspaper articles they appear in but by the difference they make in their constituency and in Westminster.  I judge them by the cogency and consistency of their views and I want them to believe in something that inspires me.

The Army has taught me that the key to a really good team is letting everyone get on with their job knowing that they have your support whenever they need it.  As your MP in Westminster there are many important things that I would be able to do to serve our community but, to me, amongst the most important is supporting our local councillors – helping to unblock problems arising from Central Government – and not treading on their toes or stealing their credit with a quick photo-shoot whilst back for the weekend.

I am not a career politician – you’re the first community I’ve offered to serve and I’ve made that commitment because this is the part of the world in which I grew up and I care deeply for it.  So I’ll finish my first blog by starting as I mean to go on.  Where Tessa Munt is doing the right thing she will have my complete support.  However, where I think she’s pinching the credit from hard working local councillors – I’ll point that out too.  And when we just disagree because we come from different ideological points of view – I promise to make my side of the argument in a balanced, fair and consistent way that will hopefully encourage everyone to join in too.

I’ve left the cost of living out of this blog because that needs to be a blog of its own.  As you know, I’m a husband and father with an eye-watering mortgage and the bills worry me as much as they worry you.  Over the next few weeks I’m going to be out and about with our excellent local councillors and I’ll be hoping to hear much more about the pressures you’re facing at home.

I hope to blog regularly both in writing and on YouTube throughout the next two years and beyond.  If there’s something you’d like me to focus on, please drop me a line.

James is keen to hear your views.

Or scan the QR code below: 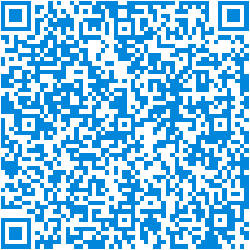