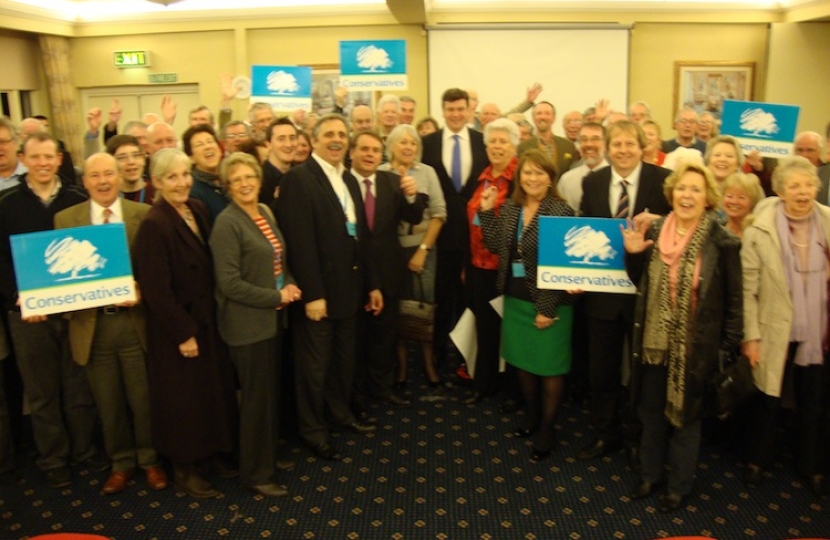 Wells Conservatives have selected James Heappey as their Prospective Parliamentary Candidate for the 2015 General Election. James, who became a father in June last year, knows the area well as his family home has been in North Somerset since 1993.

For the last nine years, he has served as an officer in the Royal Gloucestershire, Berkshire and Wiltshire regiment and then The Rifles - the county regiment for Somerset - seeing action in Afghanistan, Northern Ireland and Iraq.

In 2011, he was posted to the Ministry of Defence in London where he worked as Executive Officer on the General Staff and promoted to Major in 2012. Having recently left the Army, he now works as a Parliamentary Assistant to Dr Liam Fox MP.

With a young family, James understands the pressures that people on middle incomes with children and mortgages face. He is particularly concerned by the cost and availability of childcare.  He believes that we owe it to our children to stay the course on debt reduction, and that opportunity begins with a good, state-funded education system that recognises that technical and vocational training is just as valuable as progressing to university.

A keen sportsman – James enjoys rugby, rowing, swimming and skiing – he sees himself as a traditional Conservative who passionately supports the countryside and traditional rural pursuits.