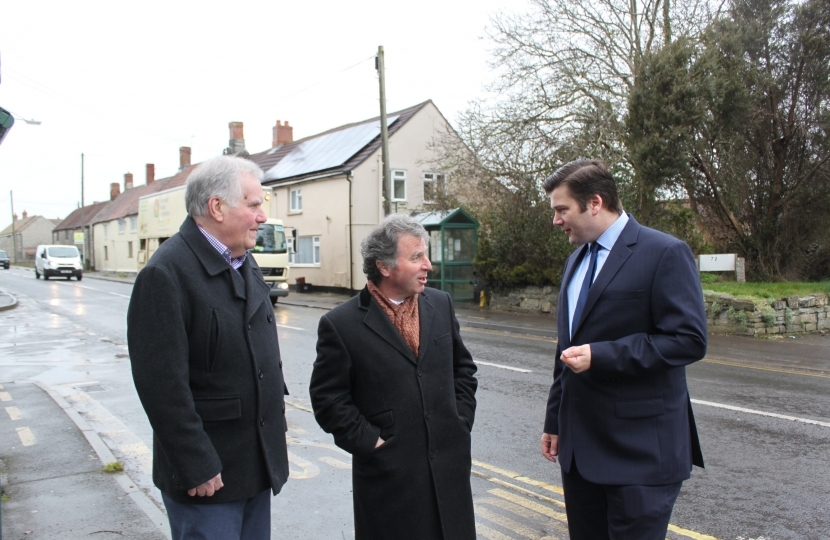 Pilton MP James Heappey has welcomed the news Somerset County Council has formally withdrawn the Glastonbury and Pilton Major Road Network bid from its plans submitted to the Department for Transport.

Mr Heappey opposed the plans put forward by Mendip District Council in August 2019 and has corresponded with a significant number of residents who were concerned about the potential impact on their villages.

A report has been published which states the Council intends to seek withdrawal of the plans due to the DfT requiring ‘local community and political support’ for all schemes which request funding.

The report states: “Recent correspondence with Glastonbury Town Council, the local MP and other residents regarding the scheme has shown that there is now local community and political concern about the notion of bypass solutions for the pinch points on this route. The Council wrote to Mendip District Council in November 2019 seeking views on their continued support for the scheme and at the time of writing no response has been received.”

Mr Heappey added: “I am very pleased to see the County Council take this decision as I know it has caused a lot of unease in the constituency.

“In my discussions with the County Council and the Secretary of State for Transport, it was clear the Government would not consider supporting this scheme.

“I hope we can now focus on delivering the Ashcott and Walton bypass that enjoys wide public support and will be transformative for the Mendip economy.”

The Ashcott/Walton scheme has been proposed as a bid to the Government’s ‘Large Local Majors’ (LLM) fund and plans are moving to secure the funding to deliver this.

In this turbulent time, it is important the community helps those who are most vulnerable and there has been some amazing work here in Somerset. If you are in need of help, or want to give back to the community, these links should be useful.