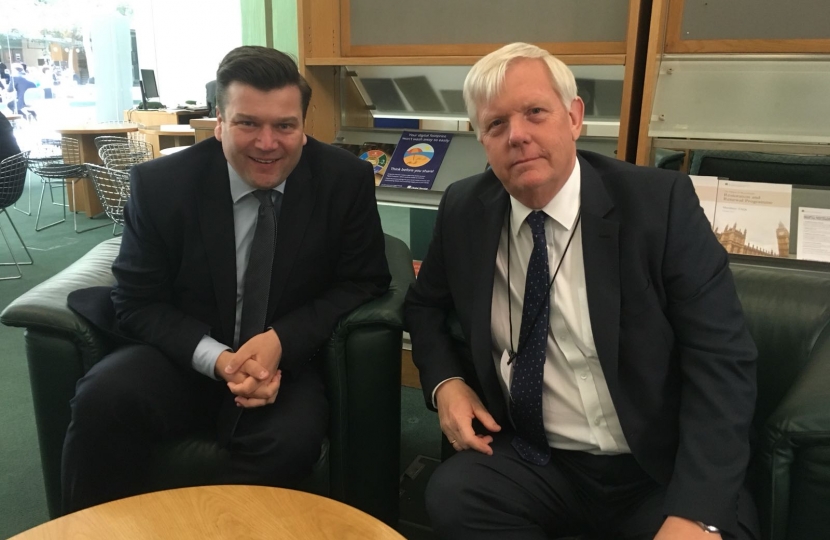 When the sun is shining in the middle of August, the re-organisation of local government is not exactly at the top of most people’s list of priorities. Indeed, even on dank November days, I’m not sure people give it much thought. Yet there are vitally important services delivered by our councils and so any re-organisation matters a great deal to residents and businesses alike.

The proposal, for those of you who haven’t yet given it much thought, is that we abandon having two tiers of local government in favour of a unitary authority that delivers the full range of council services. We’re not the only place in the country to still run like this, and there are plenty of counties that aren’t even considering a change at all, but many others have switched to unitaries so it is definitely the direction of travel, especially in the South West.

Cornwall has been a unitary for a long time, so too Bristol, North Somerset, Bath & North East Somerset and South Gloucestershire. Wiltshire made the switch a decade or so ago and Dorset did it last year. Which leaves Somerset and Gloucestershire, who are both in the middle of the same debate, and Devon who, as far as I can tell, don’t want to consider it at all.

There are effectively two proposals on the table thus far: One, proposed by the County Council, would see a single unitary authority for the whole of Somerset rather like Cornwall or Wiltshire. Whilst an alternative proposal from the district councils would see two unitaries, one based on an amalgamation between Sedgemoor and Taunton & West Somerset and the other based on Mendip and South Somerset. Which is rather like they’ve done in Dorset.

Of the two proposals that are on the table, I see pros and cons to both. The M5 and Bristol-Exeter mainline cohere the Sedgemoor/Taunton proposal whilst the A303 and Westbury-Taunton line do the same for the Mendip/South Somerset one. I prefer a north-south split to an east-west one, but I see the logic and believe the proposal could work.

A single unitary meanwhile would enjoy economies of scale and would give Somerset a louder voice when debating further devolution but would cover an enormous geographical area. But, again, I believe this proposal could work.

There’s no right or wrong answer. Our current councils have their strengths and weaknesses but by and large, they’ve balanced their books and they deliver decent public services at value for money to the taxpayer. We could, therefore, stick with what we’ve got.

However, I’d encourage you to have a read of the proposals that are emerging and to look at the successes and failures of those who have made this change before us. Control of our planning process, bin collections, social services, highways and transport planning, education, public health, licensing, recycling and much more are all at stake. I’ll be doing likewise.

I’m instinctively in favour of unitary authorities but I genuinely don’t know whether we’d be best served by a single county-wide unitary or by a combination of the existing district councils in two or more smaller unitaries.  I’ll challenge both sets of plans on behalf of my constituents and the communities in the northern part of the county as I’m determined that we benefit from these proposals just as much as Yeovil, Bridgwater and Taunton. As the plans develop, I’ll also make sure the Government hears your views on the proposals because ultimately, whilst we’ll agree locally which proposal should go forward, the final decision on whether to change or not, will be taken in Whitehall.

I am writing this column after an announcement from the Prime Minister on new measures to help us with our fight against coronavirus. These are, I know, extremely disappointing and have been introduced by the Government with a heavy heart.