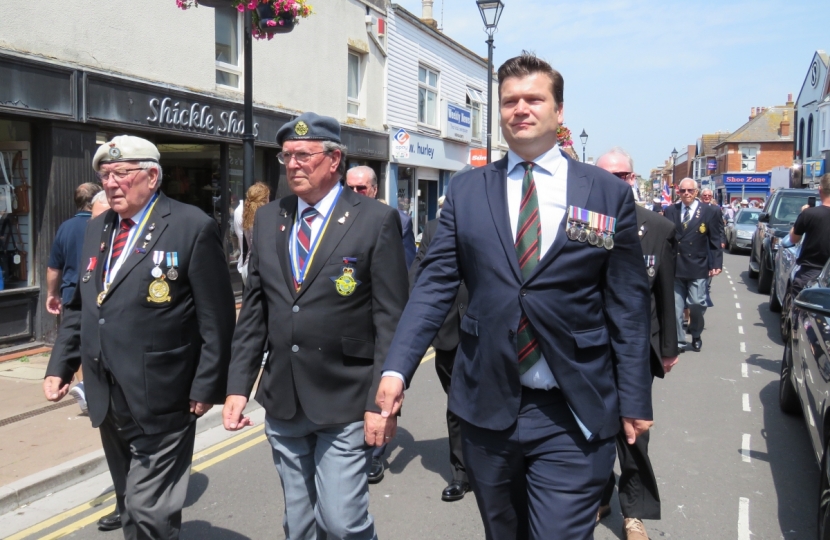 Having served as Minister for Defence Procurement since December, the former Army Major will now be responsible for armed forces activity, including operations, operational legal matters and international defence engagement.

Mr Heappey had an action packed few months in defence procurement, visiting a number of high profile businesses including the HMS Naval Base in Davenport and BAE Systems.

He also secured £183million of funding for the MOD's Military Flying Training System, which boosted technology for student pilots.

Mr Heappey said it was a 'true honour' to take on this new role.

He added: "I have enjoyed my time in the MOD immensely so I am very pleased to be moving just a few doors down to be Minister for the Armed Forces.

"It is a true honour to have been given this important role and I will work hard to ensure our Armed Forces are looked after and we recruit and retain great soldiers for the future.

"I cannot wait to get started and will still ensure I am the voice of Somerset in Government."

Wells MP James Heappey has welcomed today’s Government announcement which detailed a transformational amount of funding for bus services across the country.