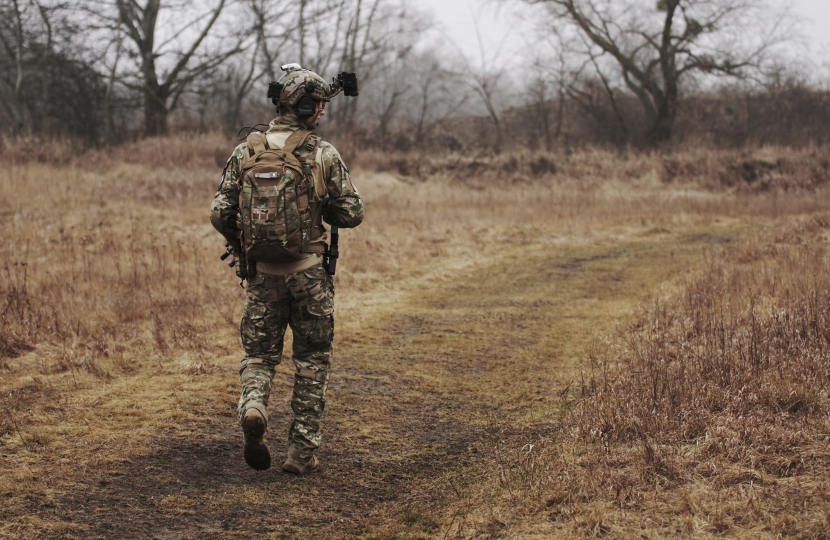 The prospective Member of Parliament for the Wells Constituency, James Heappey, has welcomed plans unveiled by the Conservative Party to end the vexatious prosecution of former service personnel and a new package of benefits for serving soldiers, sailors and airmen as well as our veterans.

The Conservative Party has pledged to introduce legislation to ensure that the Law of Armed Conflict has primacy and that laws which are intended to govern peacetime affairs are not applied to service personnel on military operations. Mr Heappey – who served on three operational tours to Iraq and Afghanistan as well as serving in Northern Ireland – has spoken in Parliament regularly on this issue as part of a group of MPs campaigning to halt the vexatious prosecution of ex-service personnel.  In welcoming today’s announcement, Mr Heappey said:

“I know that this announcement will be welcomed by many in our community who are angered by the way our legal system has treated those who have served our country. We hold our service personnel to a higher standard and there can be no tolerance of criminal behaviour but the application of the rules of engagement requires split second judgement based on intuition. Dragging people from their beds decades after the event and pouring over the long-forgotten detail of that instantaneous decision is simply unfair. It’s absolutely right that when our troops serve on operations they do so under the Law of Armed Conflict not civilian legislation intended for wholly different circumstances.”

In a further boost for both serving personnel and veterans, the Conservative Party also unveiled new benefits including:

Mr Heappey also welcomed these measures, adding: “There are so many in our community that are currently serving or who have served in the past so these measures will be hugely welcome. Many local employers already know the value that veterans can add in the workplace, but these added incentives will provide further encouragement to recruit ex-service personnel. It is absolutely right, that anyone who puts their life on the line to serve our country, should be looked after by our country thereafter.”

Prime Minister Boris Johnson said: “As we remember the ultimate sacrifice made by our brave men and women for their country just over a century ago, it is right that we renew our commitment to the soldiers, sailors, marines, airmen and veterans of today. These measures will mean more childcare support for those who are currently serving. And it will mean that we harness the enormous contribution that veterans can make to our businesses and public sector organisations.

“If I’m elected on the 12th December, I want the message from my government to our armed forces to be louder and clearer than ever: we salute you and we will always support you.”